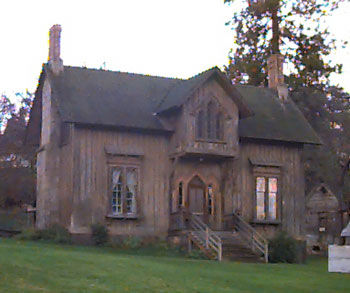 Fort Dalles (originally Camp Drum) was established in 1854, serving as a base of operations for US Army troops. The ornate, wooden "Surgeon's Quarters" is the fort's last surviving building, and houses a variety of tools, weapons, photos and other memorabilia from the 19th Century. There's also a large collection of antique vehicles and wagons. Visitors are also able to tour the Anderson House, a hand-hewn wooden homestead crafted by Swedish immigrants to Wasco County.The homestead was relocated into The Dalles in the 1970s. In addition to the two-story house, there's also a barn and other outbuildings

The Dalles Chamber of Commerce