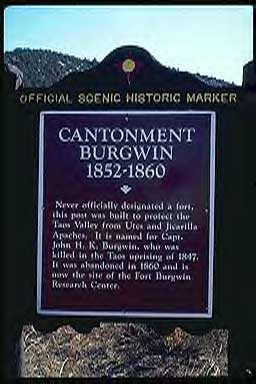 There is evidence of prehistoric occupation on the SMU-IN-TAOS campus dating as early as AD 1000.Pot Creek Pueblo, one of the largest prehistoric sites in the northern Rio Grande Valley, is located on the property. It is thought to have consisted of 300 ground-floor rooms and to have been occupied from AD 1200 to 1350.

Spanish explorers, led by Lieutenant Hernando de Alvarado of Coronado's expedition, arrived in 1540, and the town of Taos was settled in 1615. The Pueblo Indians revolted and evicted the Spanish colonists from the Rio Grande Valley in 1680, but New Mexico was reconquered by Diego de Vargas in 1692. An uneasy peace was maintained until 1847, when the local people of Taos rebelled against the United States government, which, while at war with Mexico, had declared New Mexico a United States territory. The rebellion was short-lived.

Fort Burgwin, named for Captain John Burgwin who was killed in the the Taos uprising of 1847, was established August 16, 1852, as a cantonment to protect the Taos settlers from roaming Apache and Comanche Indians. The fort also served to guard the main road from the territorial capital of Santa Fe to Taos. It was closed in 1860 when US troops were consolidated at Fort Union, some 50 miles to the south-east.

For more than 100 years, Fort Burgwin lay buried and forgotten. Born of the clash of cultures in the early days of the New Mexico territory, it gradually decayed under the weight of other forces changing the face of the North American frontier. By the mid-1950s, the property had been acquired by a lumber company, and its owner, Ralph Rounds, was an amateur archaeologist who had heard of the fort's existence. To find it, he enlisted the help of archaeologist Fred Wendorf, now a distinguished professor in SMU's Department of Anthropology. After locating remnants of the log fort, Rounds provided financial support for Wendorf and his associates to excavate and rebuild it based on sketches of the original structure. But the interior was designed to serve a new purpose: education.

Envisioning Fort Burgwin as the ideal setting for academic programs, SMU began in 1964 to acquire the property with support from the Rounds Foundation and the Honorable William P. Clements, Jr., then-chair of the University's Board of Governors. Resources were provided for the expansion of the designated grounds, at which time the University added adobe casitas for housing, classrooms, a cafeteria and an auditorium. Of particular interest is the 13th-century Ancient Puebloan Pot Creek Pueblo, also on the Fort Burgwin campus, which is being excavated by SMU's Archaeological Field School, directed by Mike Adler.

Resurrected and restored, Fort Burgwin thrives as a center for academic discovery. Now the summer campus for SMU-IN-TAOS, the program offers academic courses in the humanities, natural and social sciences, performing and studio arts, as well as archaeological and anthropological research, the fort is once again a thriving cultural center. 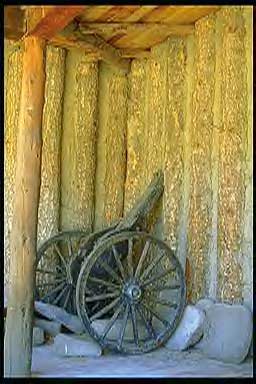