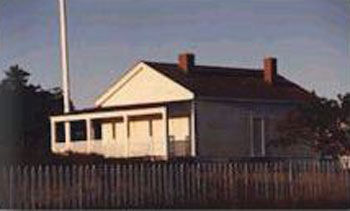 For it was here in 1859 that the United States and Great Britain nearly went to war over a pig shot by an American farmer. Actually, it was a bit more complicated than that. Pressures had been building between the two nations over possession of the San Juan Island group since 1846 when the Treaty of Oregon left ownership unclear. Thus came the "Pig War" crisis, at the height of which more than 500 U.S. Army soldiers and three British warships were nose to nose on the island's southern shore, not 10 miles from Victoria, BC. Fortunately, officials on both sides quickly restored calm and the nations agreed to a joint military occupation of the island until the boundary could be decided. The American soldiers and British Royal Marines remained for 12 years until Kaiser Wilhelm I of Germany, as arbitrator, awarded the islands to the United States. Today the park is an excellent place to hike, picnic, play on the beach, experience wildlife and enjoy a wealth of programming, including the summer living history events.

Shuttle buses stop at both camps daily during the summer season with an abbreviated schedule during spring and fall. Contact San Juan Transit (360) 378-8887.

Ranger-guided and self-guided walking tours only.