William Willis, who lived about twenty miles south and a little west of Hamilton, started to the latter place to attend a frontier celebration, and New Year's party. B.F. Gholson offered to lend Wm. Willis a pony, and advised him not to travel on the mule he was riding. But he refused and started towards Hamilton. When Wm. Willis was within about two miles of his destination, he was charged by several Indians, who succeeded in wounding him several times. Willis' mule stopped after running about one mile, and refused to go further. The savages were so near town they became frightened, and ran away. Wm. Willis died from the effects of his wounds about three weeks later.

Note: Author interviewed: B.F. Gholson, Mrs. Tom Pierson, who saw the Indians chasing Wm. Willis on his mule, and others who lived in that section at the time. 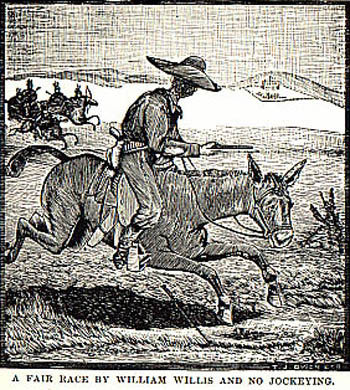 In Indian Depredations in Texas, J.W. Wilbarger provides a more detailed description of the circumstances leading up to the death of William Willis: 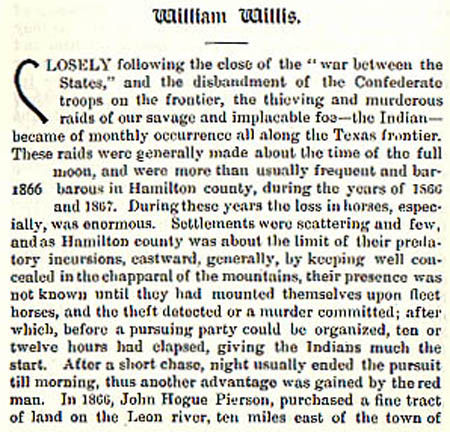 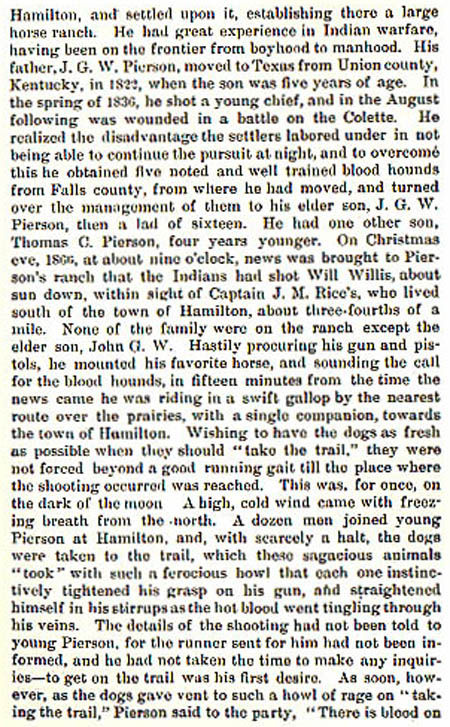 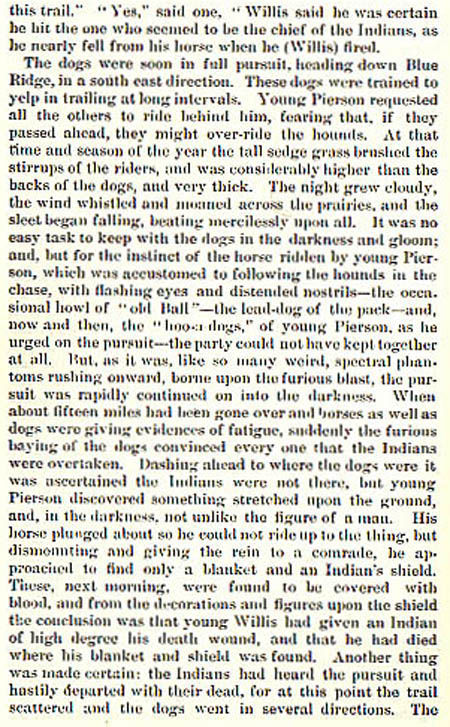 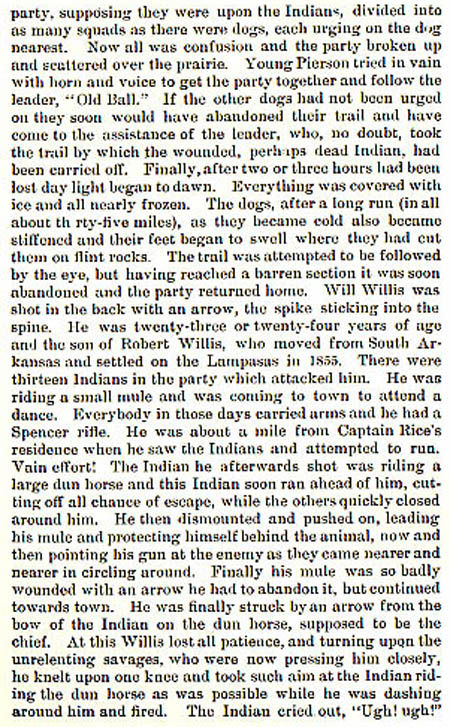 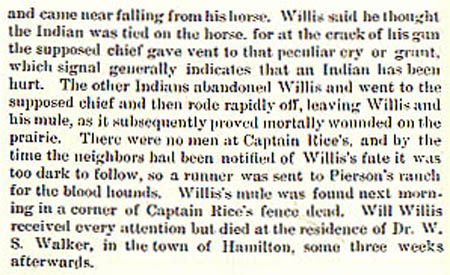