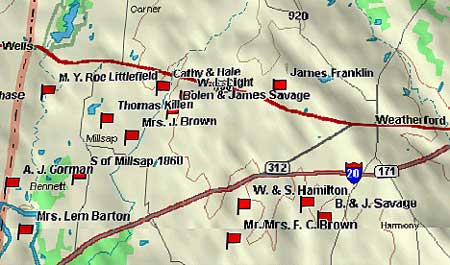 The homes of the Savage brothers were viciously attacked by Comanches in 1866. Besides two murders, three children were carried off including Sam Savage (shown below). 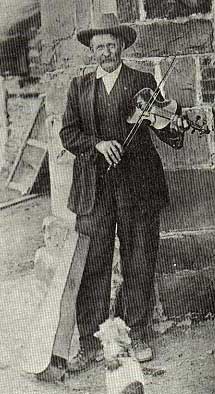 Click on picture for the Sam Savage Historical Marker

Sam's marker is three miles north of Mineral Wells on FM 1821 at the Stagg's Prairie Cemetery.