The Besiege of Colonel John H. Moore and His Men on the San Saba

Fifty-five whites, forty-two Lipans under the leadership of their chief, Colonel Castro, and twelve Toncahua Indians,making a total of one hundred and nine under the command of Col. John H. Moore, started in quest of the Comanches' camp on the San Saba. This, like other similar expeditions, was in retaliation for the depredations the Indians were continually committing on the settlements. Having reached their goal, Colonel Moore and his men on the 12th of February, 1839, before the dawn of day, were in battle formation ready for the fight. When the signal was given, every man was ready. It was agreed that Castro and a part of the Indians stampede the horses grazing in the valley so they could be successfully driven away. The remaining force of seventy-nine men rushed on the Indian encampment and fired at each Indian that came in sight. Many of them were killed, and for a time, the Indians were demoralized. But in a few minutes, their bows were strung for battle. Andrew Lockhart was along in quest of his captive daughter. He cried out, "Matilda, if you are here, rush unto me; your father calls." The daughter was there and she recognized her father's distressing voice but was prevented by the female tribespeople from rejoining him. The contest was bitterly fought but Colonel Moore soon realized he had only struck the lower end of the encampment, for in a short while, the warriors from above came charging in almost countless numbers. The whites were soon forced to retreat and when they reached the place where they had left their horses, they had already been mounted and ridden away by the Comanches, who won a signal victory. Capt. Wm. Eastland was painfully wounded; he recovered, however, but was later shot by the Mexicans when he drew a black bean. S.B. Fields, James Manor, Felix Taylor and others were also wounded. 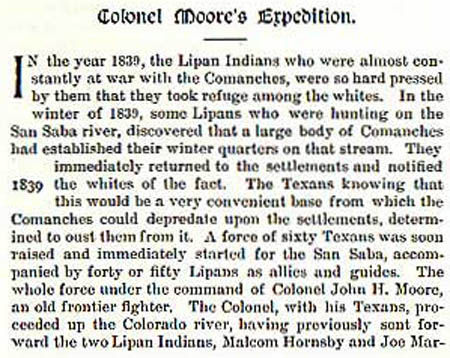 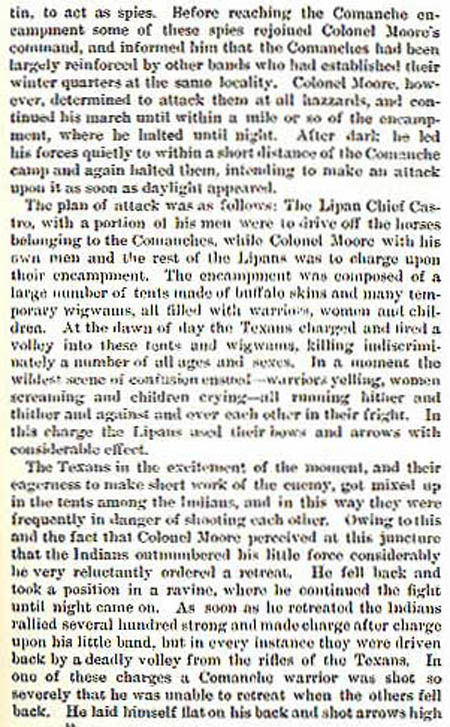 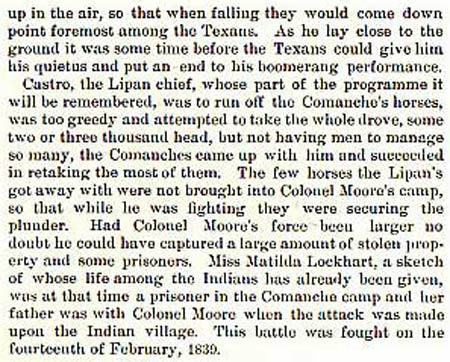 The above pages are from the book Indian Depredations in Texas by J.W. Wilbarger. 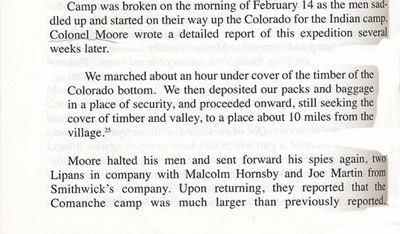 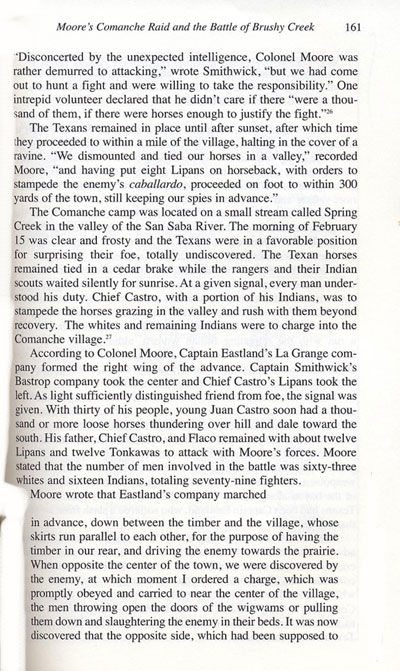 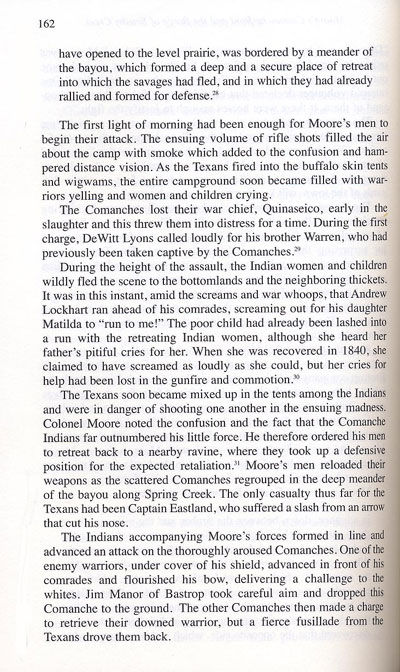 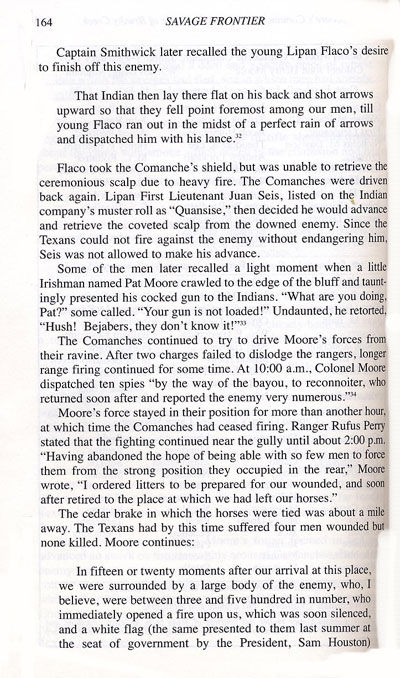 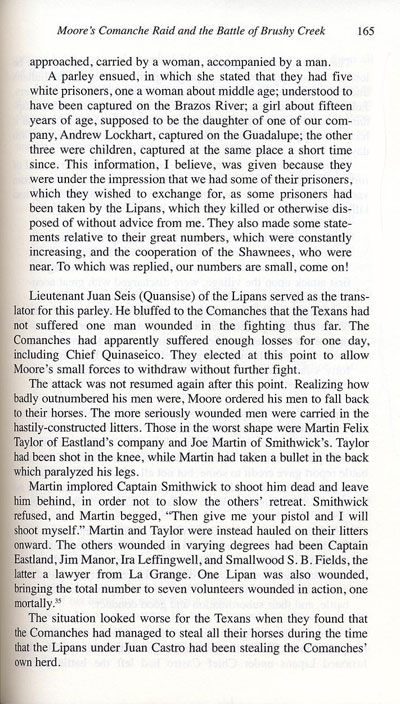 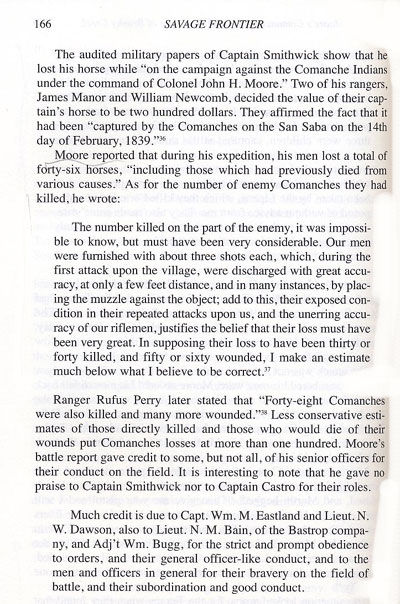