About 1866, Nathan Holt and his brother Jackson, were driving two cows and calves, about three miles southwest of the present town of Lipan in Hood County. Nathan Holt was walking, and leading his horse, when several Indians suddenly charged upon them. Jackson escaped, but Nathan was killed.

Further Ref.: History of the Regulators and Modulators, by Jno. W. Middleton, History of Hood County, by T.T. Ewell.

The following account of Nathan's death portrays a different picture, one in which he died alone, and at a later date: 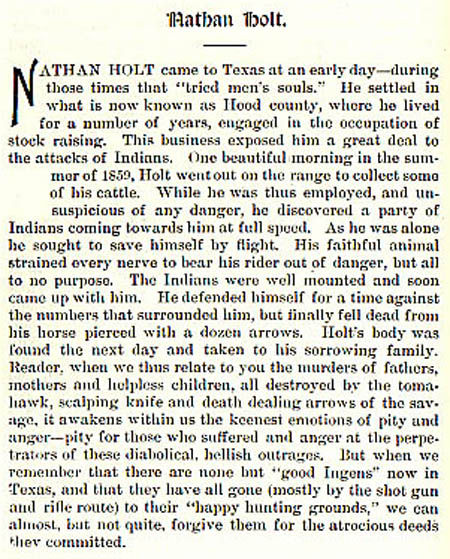 From Indian Depredations in Texas by J.W. Wilbarger.