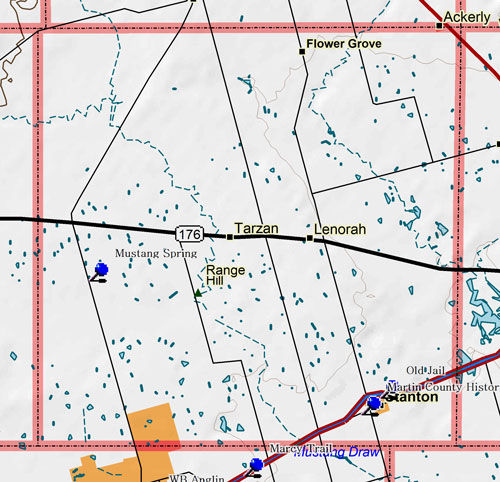 Marker Title: Old Martin County Jail
County: Martin
Year Marker Erected: 1982
Marker Location: 300 St. Joseph St., Stanton
Marker Text: The cell block of this jail was originally included in the 1885 Martin County Courthouse, built the year after the organization of Martin County when Stanton was known as Marienfeld. When the courthouse was torn down following a 1908 bond election, the cells were retained as the nucleus of this rock jail building. Completed that same year, it included living quarters for the sheriff's family. It later served as a library and museum. Recorded Texas Historic Landmark, 1982