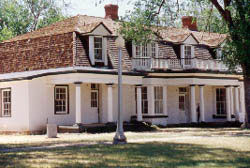 Fort Stanton was established in 1855 to help defend against Mescalero Apache raids in central New Mexico. Used as a center for military activities and as a point of departure for numerous scouting expeditions and raids, the fort was also the economic center for the region. The Mescaleros were permanently settled on their reservations during the 1880s and the fort was abandoned in 1896. The site contains officers' quarters, stone barracks, corrals and stables, a parade ground and the old post cemetery. Fort Stanton is seven miles southeast of Capitan, New Mexico, via US 380, then south on NM 214. The fort contains a museum with exhibits. 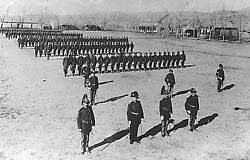